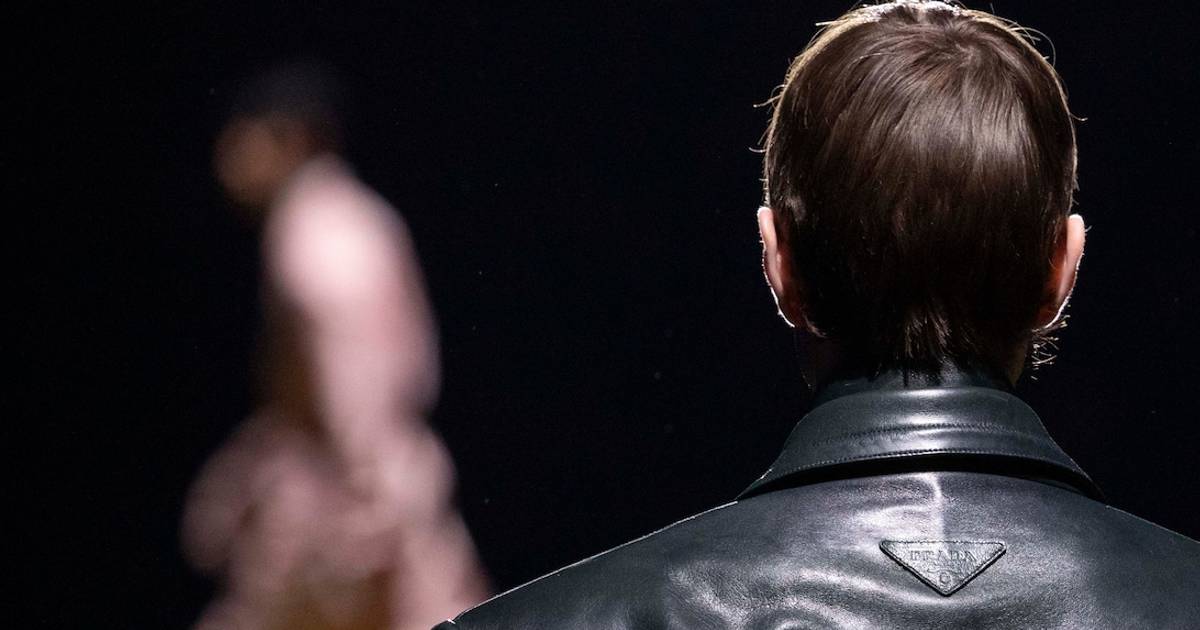 At Prada, workwear is a powerful fact of life

If Prada were to sum up three items for next season, they would be the trench coat, the blazer and a square-toed shoe, all architectural mainstays of a working man’s wardrobe. The trench coat: wide-shouldered, double-breasted and accentuating the waist and chest is old-school masculine in its military length to below the calf. Other versions include a double-breasted wool or cashmere with sheepskin hem and arm trims.

The blazers had the same exaggerated cut at the shoulder, emphasizing power and strength, with hidden buttons and a minimalist closure. The sleeves were extended, with only three-quarters of a hand sticking out, in bright red or yellow gloves to match the socks.

Trousers fell long and loose over shoes, a feature that marked the end of cropped trousers. What does longer pants mean for the worker? Perseverance and reliability perhaps. The shoes were black and sturdy, the square toe cementing the show’s theme, “a parody of the power of man”.

The notes accompanying the collection give an insight into the mindset of Miuccia Prada and Raf Simons: “We were thinking about fashion that makes sense, pieces that make sense. Clothes that make people feel important.

“The collection celebrates the idea of ​​working – in all different spheres and meanings. It’s a practical, everyday thing. But here you are formally important. You are not casual.

Prada said the collection represents a uniform of reality, rematerialized in tech leather and silk as a mark of respect and value. These rub shoulders with the language of dressmaking, a formality that confers importance.

In a statement, Prada said the garments “exemplify a constructed modernism, with the emphasis on body architecture, shoulders and waistline delineated by traditional tailoring, a silhouette then transformed into everyday wear. Through manufacturing and methodology, equal gravity is given to every genre of garment – ​​every facet of reality is offered meaning, sophistication and esteem, enduring value.

Start the new year on a positive note