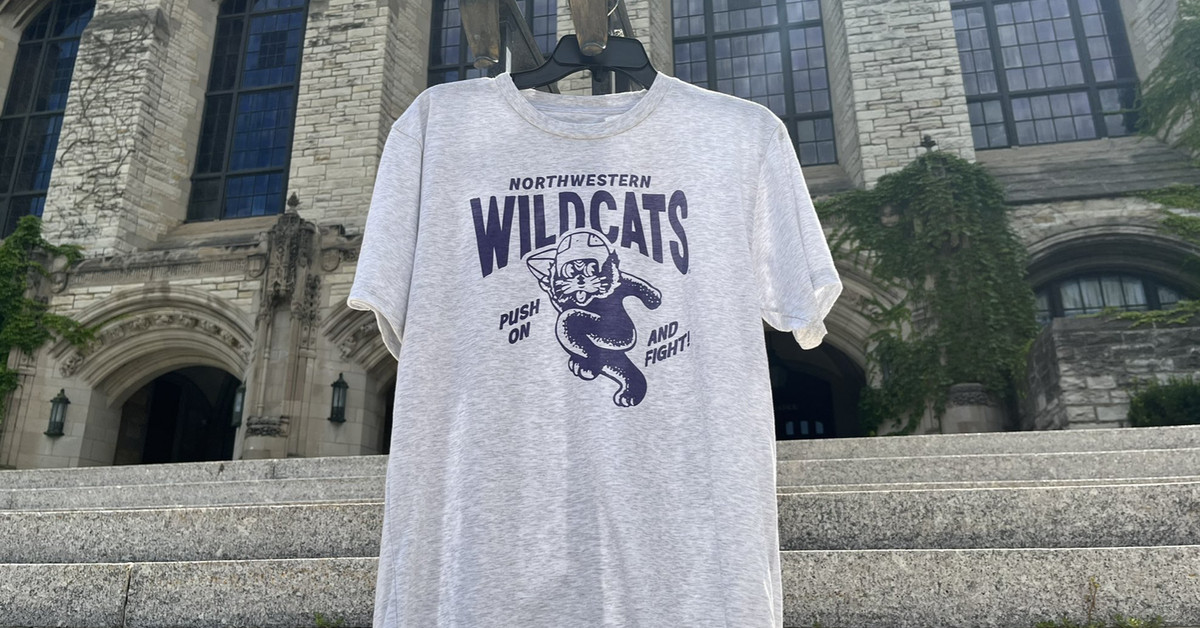 As many of our readers know, Inside NU has a collective favorite clothing company.

For years, our staff have admired the work of the good people at Homefield Apparel, who have delighted dozens of college sports fans with their detailed, fashionable and comfortable products. A year ago, I argued that Northwestern deserved a Homefield drop as much as any other school, and the t-shirt gods heard my prayer, giving NU its big new Saturday a week ago. .

The outing went wonderfully, with North West Fans and others praising Good Brand’s vintage designs. Things went so well that NU, a private school with fewer than 9,000 undergraduates, sold levels of merchandise comparable to much larger sports powerhouses like Oklahoma and Alabama.

To mark the occasion, I decided to go through the catalog and give each design a score out of ten, then rank the designs according to their respective scores. For legal and ethical reasons, I will state up front that Homefield did not pay me/Inside NU to do this, although my ratings may be skewed to the higher side due to my appreciation of Homefield’s style. I did receive two Homefield shirts for (allegedly) being a North West Sports Influencer (lmao), and I’ll mark those two designs with an asterisk. I also include links to each article so that you, the reader, can easily purchase one (or more) if you feel so inclined.

Without further ado, here is how I would rank/rate each of Northwestern’s 13 Big New Saturday designs:

I didn’t want to have to rank a piece from this collection last, and the rating is probably lower than it should be here because I realized that if I started too high, I was going to have to give ratings to the nearest hundredth. Still, it’s admittedly not my favorite design. I’ve never been a big fan of Northwest gear featuring “realistic” sketches of an actual wildcat, because compared to similarly styled designs of other feline mascots (think tigers and lions ), feral cats are a bit (dare I say it) ugly. While the circular framing of the design and the selection of fonts make the shirt and crewneck as eye-catching as they could be, the wild-looking cat – originating from a 1980s button-up, according to the Product Description by Homefield – in the center is only a little too scruffy to pass.

This shirt features a significantly less off-putting Willie than the design behind in the rankings. On the contrary, this Willie is actually quite cute, although it’s hard for me to understand what he’s doing or why this design – stripped of a button from NU’s 1967 homecoming – is otherwise relevant . The 1967 homecoming was a 6-2 loss at the hands of Ohio State in the middle of what would end in a 3-7 season for the ‘Cats, so it’s probably nothing to do with lore. Northwest sports. So what does Willie do? Was it attached to the top of a rocket aimed at the stars? Does he just have an impressive vertical leap that he showcases as he soars through the clouds? We may never know.

Ironically, the two items I was closest to buying but didn’t finish buying ended up tied for 10th. It’s not much of a shock when you think about it, though; while the crew neck and the hoodie are both pretty practical pieces to wear on a regular basis (and as such two of the designs that would make the most sense to buy), neither stand out too much in a field of impeccable and eccentric competitors.

This design, on its own, is objectively awesome. Look at this cat with his little hat and Dontrelle Willis crank. But, unfortunately, it falls victim to a two-point reduction because it could have been a Northwestern softball jersey, which would have answered my query months ago:

Instead, the right brand opted to create a program-specific shirt for arguably NU’s most underwhelming team. Great idea, but the execution would have been much stronger if the same Wildcat mimicked the Danielle Williams windup and the ball was yellow instead of white.

This design (in round neck form) was the only item I actually purchased from the Homefield release, and it’s easy to see why. It’s simple, regularly wearable, and a strong reference to Northwestern’s legendary 1995 Rose Bowl team mantra. All in all, I’m sure this will make a perfect outfit for an 11 a.m. kickoff at Ryan Field on a chilly fall day. The only reason it’s not rated higher is that its simplicity (which plays into its portability) limits its ability to fully compete with some of the models that await it.

Finally, our beloved Cocaine Cat gets its Homefield Moment. For years, Northwestern fans have clamored for the iconic, chunky pupils of this Willie strain on the soft, blanket-like fabric of Good Brand’s shirts. Now we got our wish in the form of not one, but two stellar shirts. Of the two, I would have slightly preferred the purple “Go Northwestern Go” t-shirt for my own shopping needs, but the designs are basically level in terms of quality. Many people anticipated Cocaine Cat’s designs, and Homefield certainly delivered.

This one probably wins the award for the weirdest piece in the collection, and I love everything about it. The face of this Wildcat – which Homefield described as being used in the 1970s and early 80s – screams “I seek to cause chaos”, the perfect phrase for a Northwestern logo. The surrounding text drives the point home. Only thing left to do is take that Willie and stick it in this meme.

NUMB alums, this one’s for you. This peppy drum major cat embodies the spirit of the best band in the land, and the design also features lyrics from Northwestern’s (incredibly underrated, in my opinion) alma mater. Add the blocky NU logo (which the athletic department should consider incorporating into some kind of retro football uniform), and you have a shirt that even non-band members might like to wear.

When the North West basketball team announced their alternate senior uniforms with this design, I immediately wanted to buy some kind of gear with the clean script “The ‘Cats”, but none were available online or at the Welsh-Ryan Arena. Luckily, the right brand answered my prayer and got me the clothes I wanted less than five months after the jersey was released. Homefield is known for incorporating old-school artwork onto modern apparel, but the Indy-based company has shown with this piece that it can still produce an incredibly attractive product while using very up-to-date designs.

I mean, where to start. I love this shirt. I would like him in a hoodie. I would like it in a tank top. It has a special combination of charm, distinctiveness, and wearability that will likely keep it in my closet for decades. When I imagined what a Northwestern Homefield drop would look like, it was pieces like these that came to mind. Glad the ‘Cats got their Big New on Saturday just in time for the start of football season so this could become my new lucky jersey (hopefully).

Homefield’s first-ever women’s lacrosse shirt (yes, I checked) is also one of their best shirts, period. I love how the components of this design seamlessly overlap to create a menacing testament to Kelly Amonte Hiller’s lakeside dynasty. The darker purple of the lacrosse sticks and the seven stars (meant to represent NU Lax’s seven national titles) also seem to contrast quite well with the lighter purple of the shirt fabric. With this shirt in tow, it’s easy to say the Lakeshow brand has never been stronger.

So what did you think of it? Let us know if you agree/disagree with any of these rankings and what were your favorite parts/purchases in the comments!