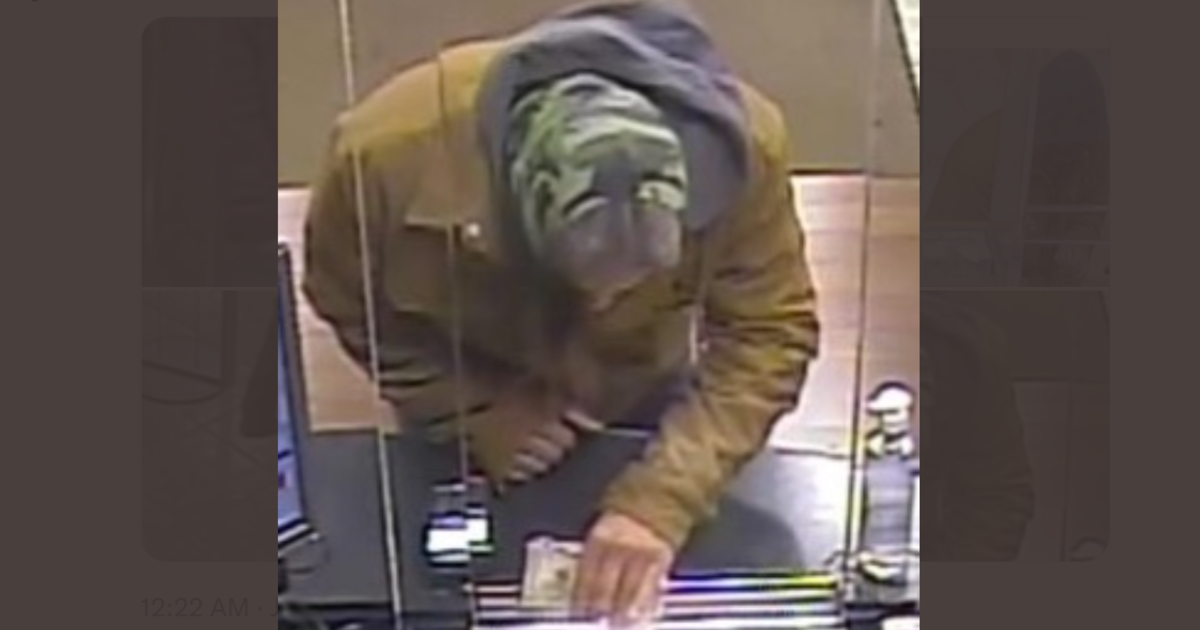 An unidentified suspect the FBI calls the “Green Gaiter Bandit” is wanted in connection with more than a dozen robberies or attempted bank robberies in Southern California.

Authorities have asked for the public’s help in identifying the suspect, who received his nickname based on a green face covering and neck he wears in some surveillance footage.

He is believed to be a white male with gray hair who is around 6 feet tall and between 50 and 60 years old. He was seen wearing a tan jacket as well as gaiters in colors other than green and “a variation of workwear-style clothing,” authorities said Wednesday.

The series of robberies or attempts in which he is suspected – at least 14 in total – date back to October, with the last one taking place last Friday. Banks targeted include Chase and Wells Fargo branches.

On robberies, he normally approaches a cashier and asks for money verbally or with a note, or both, authorities said.