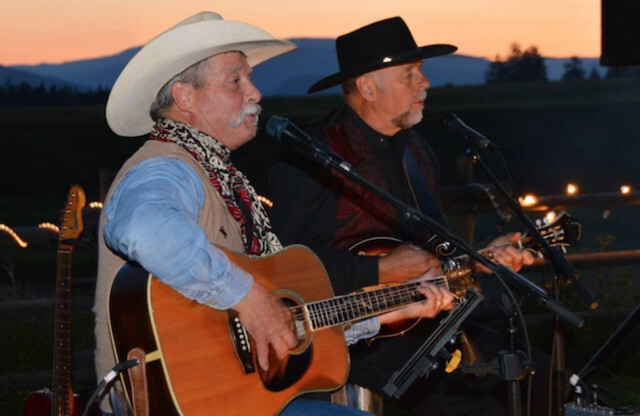 An O’Keefe Ranch event is hailed as the start of a tradition.

There was a time when cowboys were the kings of North America, as shown in a poem by cowboy and poet Badger Clarke: “Dream beyond the narrow lanes to the glories that have been the smoke of camp on the sunset plains, riders rushing into loose brakes. and heel rolled to spare the wind, their only guide for youth was in the saddle there with half the world to ride.

The Okanagan played an important role in this story, as cattle were hunted from as far away as California by cowboys, many of whom would become the province’s first ranchers.

Friday evening kicks off the weekend of activities with the Cowboy dinner show and campfire. This popular event is back for one night only.

Visit the ranch and be hosted by a character from the early days of the O’Keefe Ranch. Learn to chain up like a real cowboy, then sit down in front of a cowboy kitchen and let Rob Dinwoodie, the Open Range band and cowboy historian, author and poet Ken Mather weave BC history Cowboy through song, poetry and history.

As with previous Cowboy Dinner Shows, this year will feature drama that portrays real Western BC characters.

Cowboy night is celebrated around the campfire like in the Wild West, singing songs under the stars and listening to stories that will bring the Wild West to life.

Saturday and Sunday are filled with demonstrations and hands-on activities for adults and children.

Cowdogs will also be in action at Greenhow Arena in the afternoon.

Traveling cowboy troubadour Duane Marchand, a local native musician from the Okanagan Indian Band, will also be at the North Okanagan Ranch.

The indigenous people of the Okanagan were instrumental in herding cattle to the goldfields, but also working on the original ranches in the valley.

Visit the Native Cowboy Exhibit at the Greenhow Museum and see an authentic Native cowboy teach about the tack and clothing he wore and still wears as a cowboy today.

On Saturday afternoons only, take part in a poetry workshop or take the stage for an open mic session for budding poets and musicians.