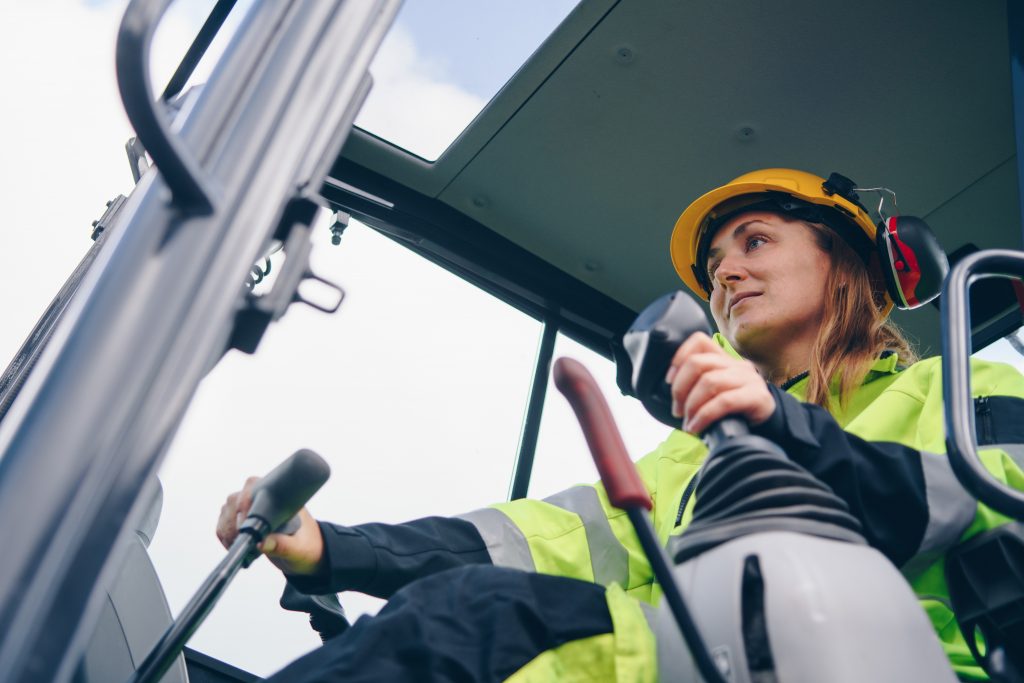 How women in construction are using TikTok to fight discrimination

This week is Women in Construction Week, celebrating women working in the industry.

Unfortunately, despite the value they bring to the industry, women are not always treated equally. In terms of role, 90% of women in construction have a clerical role and only 2.5% are in trades. Only 16% hold management positions and a tiny 2% are CEOs. This has had a ripple effect, with almost half of women (45%) saying the lack of female role models in higher positions has held back their career paths.

The worst part is the discrimination they face. In a study of women in construction in 2020, 72% said they had experienced discrimination. The slight silver lining to this statistic is that it shows that women now feel emboldened and empowered enough to talk about their experiences.

Social media has been a particularly powerful platform for conveying the truth of their experiences in the industry and beyond, in turn encouraging other victims to speak out.

TikTok has become the most targeted source for honest testimonials from women in construction.

Workwear Guru took the time to scour the hashtags most used by women in construction and find the biggest complaints.

Women are continually told that “girls can’t work in construction” because they are too pretty or it’s a man’s job. It boils down to how men refer to their female co-workers, often in diminutive terms like “baby” — and they might not even realize it’s a problem.

Liztheflez’s TikTok sums up this culture.

For some reason, being a woman also seems to make men ask inappropriate questions – the kind of questions they would never ask a male colleague. Chlo_cecil’s video captures this dynamic.

According to an annual survey, nearly half (47%) of women in construction say the male-dominated culture is the reason women leave. Many (38%) believe it is outright discrimination that forces them out.

Discrimination based on sex

Unconscious bias is rampant in construction, as it is in most other industries. Often men are unaware of their inherent biases, but that doesn’t stop them from saying and doing harmful things.

TikTok user Morgan Challes sums up this unconscious bias in this video, which shows how people sending work emails often assume she’s male because of her unisex name — and are more respectful because of it. of that.

Some simply find it difficult to take instructions from a woman, they cannot accept that a woman can have a highly qualified role; often they assume they got their position through some kind of nepotism.

TikTok user Glamfarmhouse sums up the kind of offensive reactions she receives and how she deals with them in this video.

Once again Morgan Challes summarizes this situation in his video.

Statistics confirm this, with seven out of 10 women saying the reason they were fired was their gender. In the same statistics, only 27% of men said the same.

Women remain vastly outnumbered in the construction industry and attempts to diversify have been rare. This has inevitably led to poor conditions for women making their way into the field.

Often the women don’t even have their own toilets on site because there are so few of them. TikTok user Annie Buscemi talks about her personal experience in this clip.

Florida entrepreneur Britney Mroczkowski sums up the problem in her hard-hitting clip.

Making the industry fairer for women is important – and beneficial. The latest McKinsey Diversity Report shows that organizations with women in leadership positions are 25% more likely to achieve above-average profitability. Women are proven to be more collaborative than men, and more collaboration means more productivity and efficiency.

Considering that construction is currently experiencing a considerable loss of productivity, promoting more deserving women seems like a solution worth trying.

It is by no means an overnight job to change the culture of the industry, but some actions can be changed and modified to begin to turn the tide.

Inclusive hiring practices need to be adopted – perhaps removing gender from resumes in the hiring process is a simple way to eliminate unconscious bias.

In order to keep women in the industry, there needs to be more visible female role models in high positions.

Women need to be made more aware of the number of roles that exist in construction – from design to architecture to project management.

It must be a top-down change.

Until then, women in construction will do what they can, using TikTok to continue to raise awareness, fight prejudice, and take pride in their work.

Do you like what you read? To receive daily and weekly New Civil Engineer newsletters, click here.

EXPLANATION: Why does Ukraine need foreign warplanes? | Your money