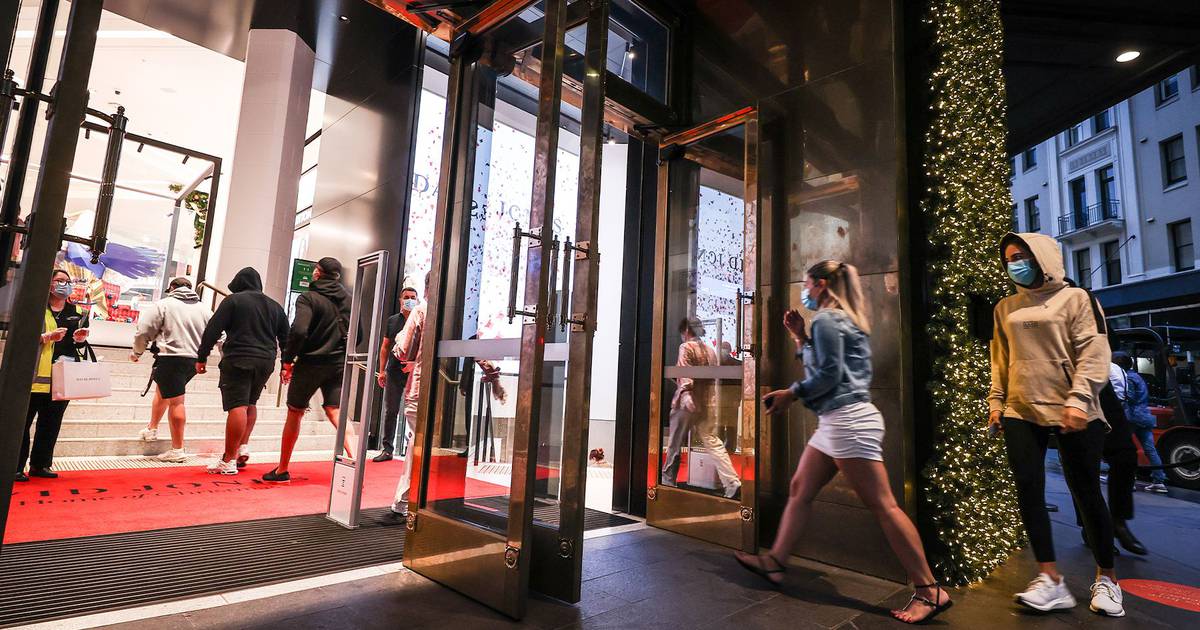 Omicron, the state of the art of inflation and fashion

The numbers are out and shoppers are staying on track to spend an all-time high during the holiday season. This is good news for retailers, who are banking on strong sales even if they resist the temptation to use promotions to attract customers. This week should bring more clarity on two key uncertainties. The Omicron variant could mark a new chapter in the pandemic, and the world is learning more about its infectivity and potency with each passing day. So far, the United States remains on track to strengthen vaccination mandates, but otherwise continues as usual, as some European countries reimpose tighter restrictions. It is impossible to say whether the variant will lead to another wave of lockdowns and plant closures in Asia. The other variable in play is inflation, and the supply chain is rushing to keep stocks tight and prices high. While warehouse and port delays appear to be easing in some areas, new inflation data from the United States this week could color the debate and recalibrate consumer expectations.

The bottom line: New variations and economic uncertainty are starting to look like the new normal as the world learns to live with Covid-19.

Fashion IPOs are hot right now, although a 111-year-old family-owned Italian menswear brand certainly stands out from the crowd of sans-serif DTC brands hitting the public market. Zegna is doing his best to show he can hang on to cool kids: A new minimalist branding drops the Ermenegildo, and his method of IPO through a special-purpose acquisition company is very 2021 But while Zegna’s outlook has certainly improved from its pandemic lows, the label is unlikely to catch the eye of the kind of investors who have taken stock in Allbirds or Warby Parker. On the contrary, Zegna executives are emphasizing a growth path that is in clothes for wear outside the office, sold at luxury prices. The hundreds of millions of dollars Zegna hopes to raise will help provide the funds needed to keep the rebranding sticking with consumers, while leaving the Zegna family a controlling 62% stake.

The bottom line: “This transition to a relaxed luxury brand needs a lot of support,” Managing Director Gildo Zegna told reporters when the PSPC deal was announced in July. Zegna will need every penny of the IPO’s proceeds, and potentially more, to compete in this arena, where the biggest LVMH, Kering, Chanel and Hermes dominate.

Kim Jones and his talent for collaborations – whether Ghanaian artist Amoako Boafo or Nike – have been a boon to Dior, whose company is emerging from the pandemic, fueling the fashion division of parent company LVMH. with his Louis Vuitton stable mate. But a highly publicized Dior collection for men around Travis Scott, unveiled in Paris at the end of June, has become a headache for the brand after the death of 10 fans of the rapper during one of his concerts in November. Some brands have cut ties with Scott, while others have remained silent on future projects with the artist. Nike has delayed the release of a sneaker. For Dior, the tragedy came at a tricky time, just weeks before Scott’s themed collection hit stores. The brand has so far remained silent on its projects. Jones’ London show this week is also shrouded in mystery; it should involve another collaboration, but not much else is known. Jones, an English-born Central Saint Martins graduate, returns to London after a long absence; Although he debuted with his eponymous brand at London Fashion Week in 2003, he started showing in Paris the following year and has remained closely linked with the city ever since.

The bottom line: Collaborations have been a huge boon for luxury brands. But as Team Scott shows, they’re not entirely risk-free.

The coming week wants to hear from you! Send tips, suggestions, complaints and compliments to [email protected].