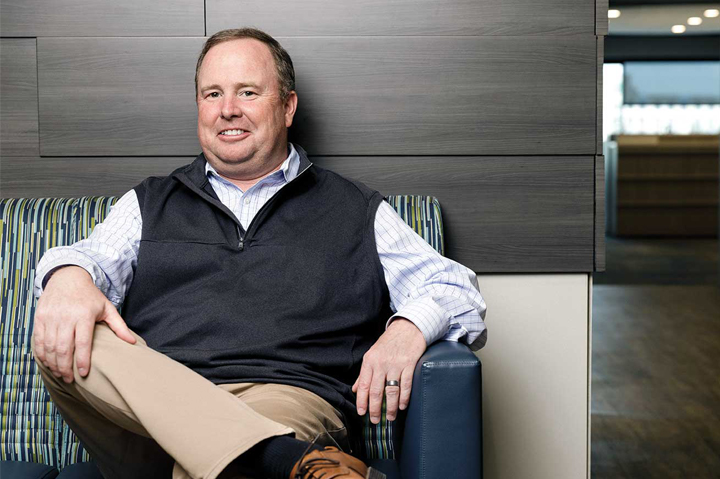 S&S Activewear (asi/84358) has once again strengthened its national footprint.

The Bolingbrook, Illinois-based apparel company, which ranks third among suppliers to the North American promotional products industry, has announced the opening of a new distribution center outside of Cincinnati , in West Chester Township, OH.

The 200,000 square foot facility will be a hub for the distribution of S&S apparel and accessories to customers in the Midwest and Eastern United States. The fulfillment center is adding next-day delivery options for what executives described as a “significant portion” of S&S’s customer base. It will provide approximately 175 local jobs.

Designed to be expanded in the future, the facility was built using environmentally friendly materials and with energy-saving measures that allow S&S to operate sustainably and efficiently, said the leaders.

“We are committed to providing our clients with the best possible service, and this new facility will help us continue to grow and meet our clients’ demands,” said CEO Jim Shannon, Counselor’s 2022 Person of the Year and member of Counselor’s. Power 50 list of the most influential people in promo.

Shannon continued, “This expansion is a key part of our long-term growth strategy. In addition to increasing our ability to serve our customers, the new facility will also help us reduce our carbon impact by creating transportation savings.

Over the past decade or so, S&S Activewear has significantly expanded its production space, opening distribution centers in key locations to serve regional markets across the United States and Canada. S&S currently has over 4 million square feet of warehouse space across North America.

Backed by the powerful private equity firm Clayton, Dubilier & Rice, S&S acquired TSC Apparel in November 2021. At the time, TSC was the 14th promotional supplier. Then, in April 2022, S&S acquired TSF Sportswear – an apparel supplier with a strong regional presence in the South.

Based on estimated promotional product sales in North America in 2021 of $1.51 billion, S&S is third in Counselor’s latest ranking of the 40 largest vendors by industry revenue.

Get the most important news every day by subscribing to PromoGram.