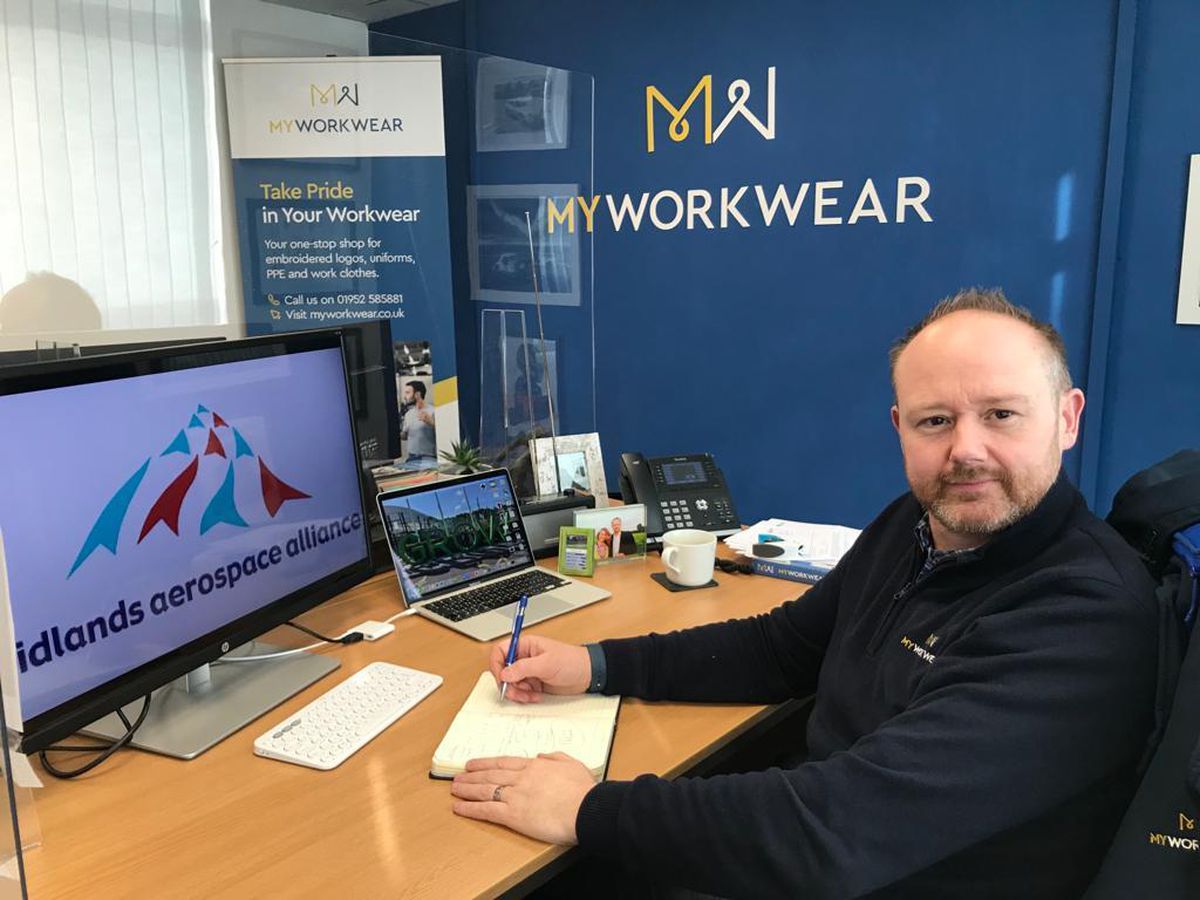 Producing thousands of garments a week from their premises in Telford, the team say they know the importance of quality workwear to the businesses that entrust their brand to them.

Supplying businesses from all industries, the MyWorkwear team believe that a well-dressed team is a strong indication of a well-run business. They hope this new venture will help them help the aerospace industry shine every day and reap the benefits that a uniformed team can bring.

The MyWorkwear team celebrated its 45th anniversary last year, following a period of significant growth over the past two years.

James Worthington, Chief Executive, said: “We are extremely pleased to announce that we have joined the Midlands Aerospace Alliance and look forward to working with the other members. We are already big supporters of manufacturing in the region and hope our membership will allow us to support the aerospace industry as it continues its post-pandemic recovery.

Although aircraft are not actually manufactured in the Midlands, the region is home to one of the largest aerospace clusters in the world. The Midlands are home to nearly a quarter of Britain’s aerospace industry, employing over 60,000 people. Formed in 2003, over 300 organizations now belong to the MAA, including companies such as Meggitt, Moog Aircraft Group, Rolls-Royce and Collins Aerospace and now MyWorkwear.

MAA Chief Executive Andrew Mair said: “It’s great to have such a wide range of businesses in MAA membership, it shows how important aerospace is to the economy. of the Midlands.”

MyWorkwear already works with many companies in the sector, including Moog, RAF Cosford Museum and Ontic. It provides aerospace companies with a wide range of bespoke workwear and custom uniforms, from branded polo shirts to specialist suits and even PPE.

Lawmakers advance budget with money, but without authority, for new Nebraska prison | Government and politics