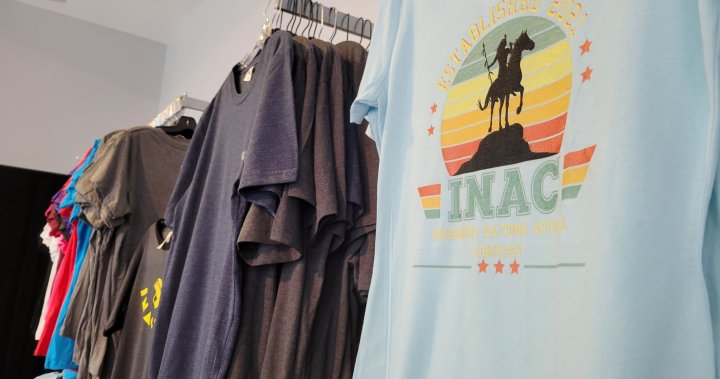 â€œIt was going to be a temporary store, like a seven month term just to smell it and see how things were going. But we’ve since met the Polo Park Cadillac Fairview, and we’re going to sign a long-term lease solely based on the success we’ve had so far.

The name of the store was inspired by the acronym INAC which stood for the former Department of Indian and Northern Affairs Canada.

â€œAll these years INAC has been seen as something negative. It’s like it’s like the governing body of our peopleâ€¦ we want to take INAC back and turn it into something positive.

Cameron sells items from Native artists, buys their work and donates a share of the proceeds.

â€œIt feels good to see a non-native person wearing something that most people think is native-only,â€ Cameron said.

â€œIt’s not just for Indigenous people, it’s for everyone. “