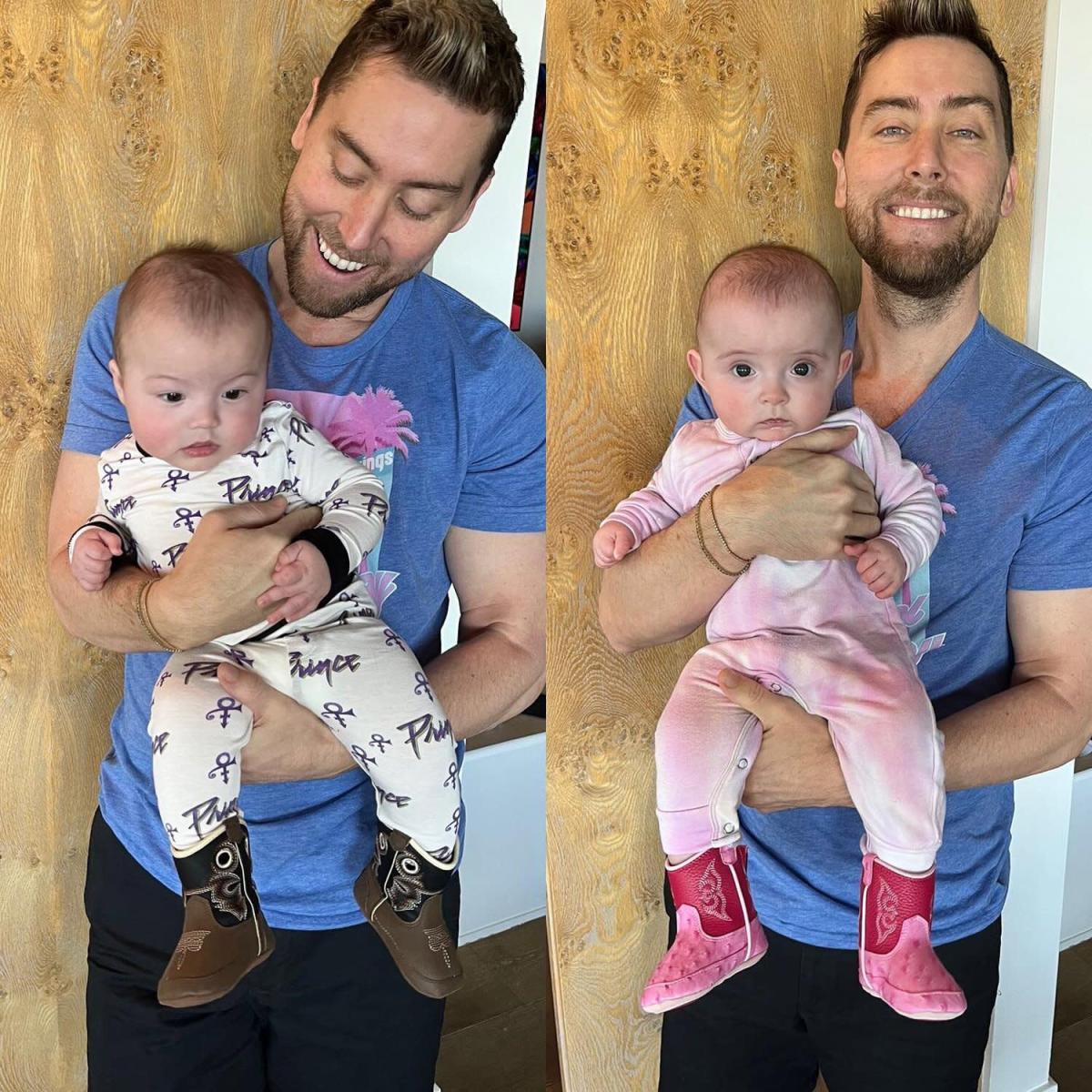 “These boots were made for crawling”

Lance Bass is one proud dad when it comes to his baby twins’ adorable outfits!

The *NSYNC alum, 42, shared an adorable pair of photos to his Instagram on Tuesday, in which he was seen holding his 5-month-old twins, Alexander James and Violet Betty.

In both images, the toddlers sported little baby boots, with Alexander in brown and black and Violet in pink and red.

Both pairs of shoes featured details similar to Western-style cowboy boots. “These boots were made for crawling,” Bass wrote in the caption.

He then included a “side note” in reference to the adorable onesie Alexander sported, which was covered in late music icon Prince’s logos: “Super sad, Alexander already outgrows his favorite Prince outfit.”

Violet, on the other hand, was dressed in a sweet pink and white jumpsuit.

RELATED VIDEO: Lance Bass Is ‘Covered In Ick’ As He Posts First Snaps Of Newborn Twins: ‘I’ve Never Been So Happy! »

Never miss a story – subscribe to PEOPLEthe free daily newsletter of to stay up to date on the best that PEOPLE has to offer, from juicy celebrity news to gripping human interest stories.

It’s far from the first time Bass, who shares her kids with hubby Michael Turchin, has posted adorable photos of the babies.

In January, Bass styled his kids in red wigs for additional photos he posted on Instagram.

Bass and Turchin, who wed in 2014, welcomed Alexander and Violet via surrogate on October 13 last year.

The former boybander announced the news on Instagram the following day, writing, “Baby dragons have arrived!! a lot. Now how do you change a diaper??! Ahhhhhhhh!”

The caption was next to photos of the twins’ birth certificates, which included stamps of their tiny footprints.