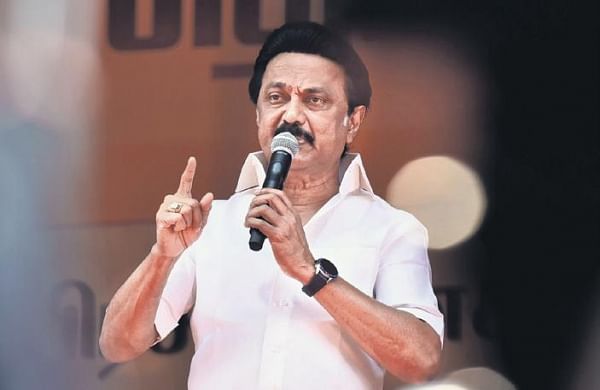 RANIPET: Giving a big boost to the leather and tanning industries in the state, Chief Minister MK Stalin announced on Thursday that a 250-acre mega shoemaking park will be established at Panapakkam in the district of Ranipet, at a cost of Rs 400 crore.

Meanwhile, district leather makers and industry insiders hailed the announcement. Israr Ahmed, regional chairman of the Leather Export Council, told TNIE that the establishment of the park in Ranipet will reduce the import of raw materials from China and solve logistical problems.

“Many components such as the sole, metal ornaments, heels and synthetic materials used in leather products are now imported from China. With the opening of the park, many international leather companies will come forward to set up units there, which will help local industries,” he said.

He added that Panapakkam is the right location for the park due to its proximity to Chennai and the availability of manpower. Several parts of Ranipet and the Ambur and Vaniyambadi regions of Tirupattur are home to a number of leather industries and tanneries. Industry representatives, speaking on condition of anonymity, however, said the state government should ensure that it is not just large manufacturing companies that benefit from the project.

“While a manufacturing park will provide better infrastructure and security, we have to wait for more details,” the sources added. Speaking at the event after handing out welfare aid to the public, the CM slammed opposition parties for their remarks about his visits to families in Narikuravar.

“The opposition accuses me of making publicity when I visit the houses of Narikuravar and Irular. I have been in politics for 55 years. I don’t need publicity. I visited them to give them confidence that it was our government. Did I shut up after visiting them and conclude that my duty was done? ” He asked. “They should have known in the first place the number of social measures formulated following such visits”, added the CM.

Stalin said he was satisfied with the fame he already has. Mocking the opposition, he added: “Officials and ministers were reluctant to hand out binders with photos of the former chief minister. But I went ahead so that the government would not suffer a loss of crores.

(With contributions from the agency)

Artists will lead creative workshops from the historic building in Cockermouth