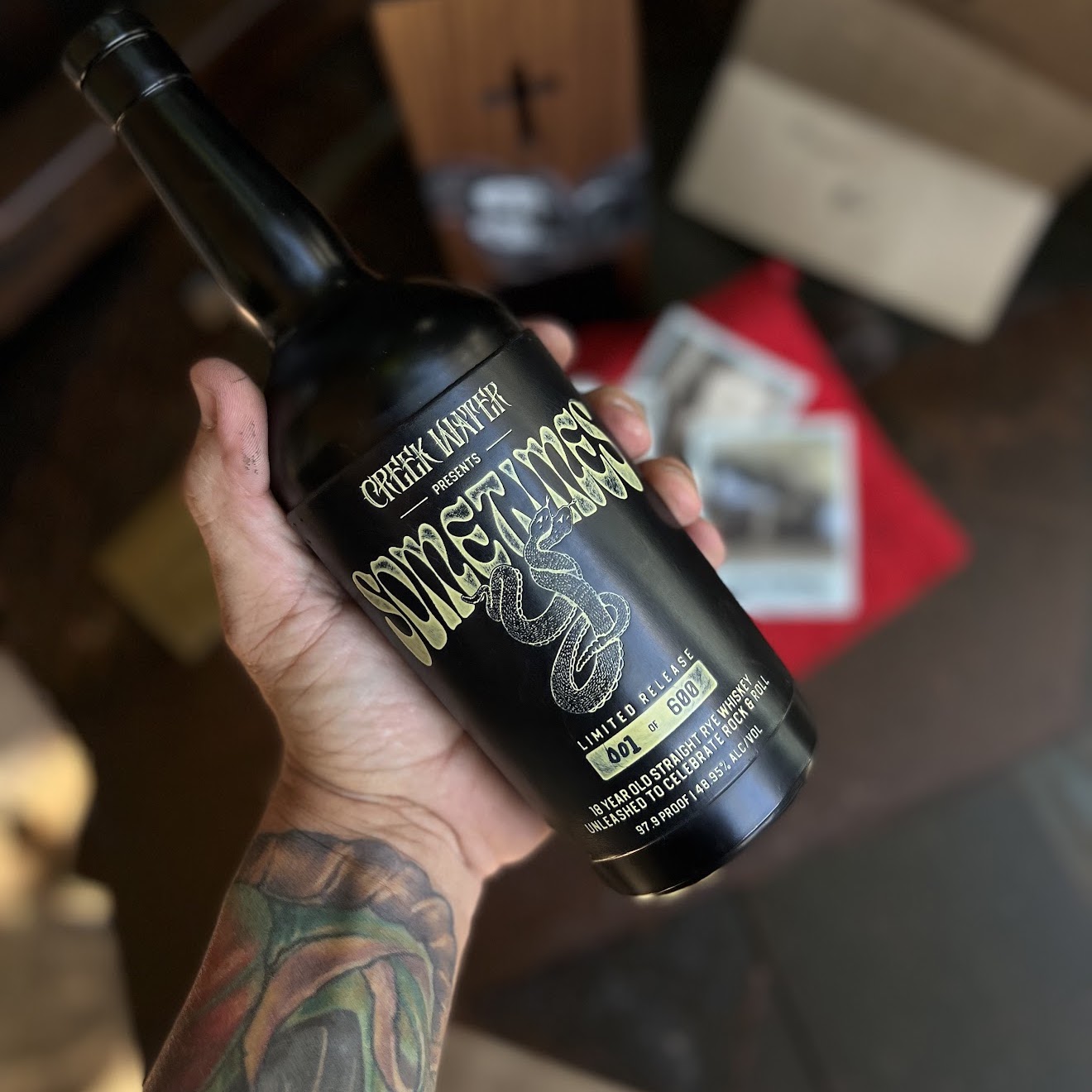 Creek Water, the whiskey brand launched by rapper and designer Yelawolf, announced on Monday the release of its first premium expression, a limited-edition 18-year-old rye whiskey called Sometimes Y. The release pays homage to the collaborative album by Yelawolf with singer and songwriter Shooter Jennings, which is also titled “Sometimes Y.”

Based on Yelawolf’s SLUMERICAN clothing brand, the new limited-edition Creek Water Sometimes Y Whiskey will be housed in a handmade wooden box with silver snake emblems and handcrafted leather detailing.

“This whiskey is truly a love letter to the fans of my music, my clothes and my whisky,” Yelawolf said in a press release. “Like music throughout my career, this whiskey is a bit more nuanced and refined, but still packs a punch when you least expect it.”

Distilled and aged for a minimum of 18 years north of Raleigh, NC, the whiskey is then double barreled and finished in heavily roasted virgin American oak barrels and lightly roasted French oak barrels.

With only 600 bottles produced, this is a tiny version. The limited-edition Creek Water Sometimes Y whiskey will be available to consumers at a suggested retail price of $400 a bottle. It will be available for purchase on creekwaterwhiskey.com.​

At Whiskey Raiders, we do more than write about whiskey news. We are the only media property to rate whiskeys and bring together scores and reviews from other important voices in the whiskey world in one place. We also scour the internet daily for the best whiskey deals. If you’re interested in having a great deal of whiskey and the latest news and reviews delivered to your inbox every morning, sign up for our Daily Deal newsletter!

Stocks safe to buy: invest in stocks of textiles, clothing and luxury goods in 2022