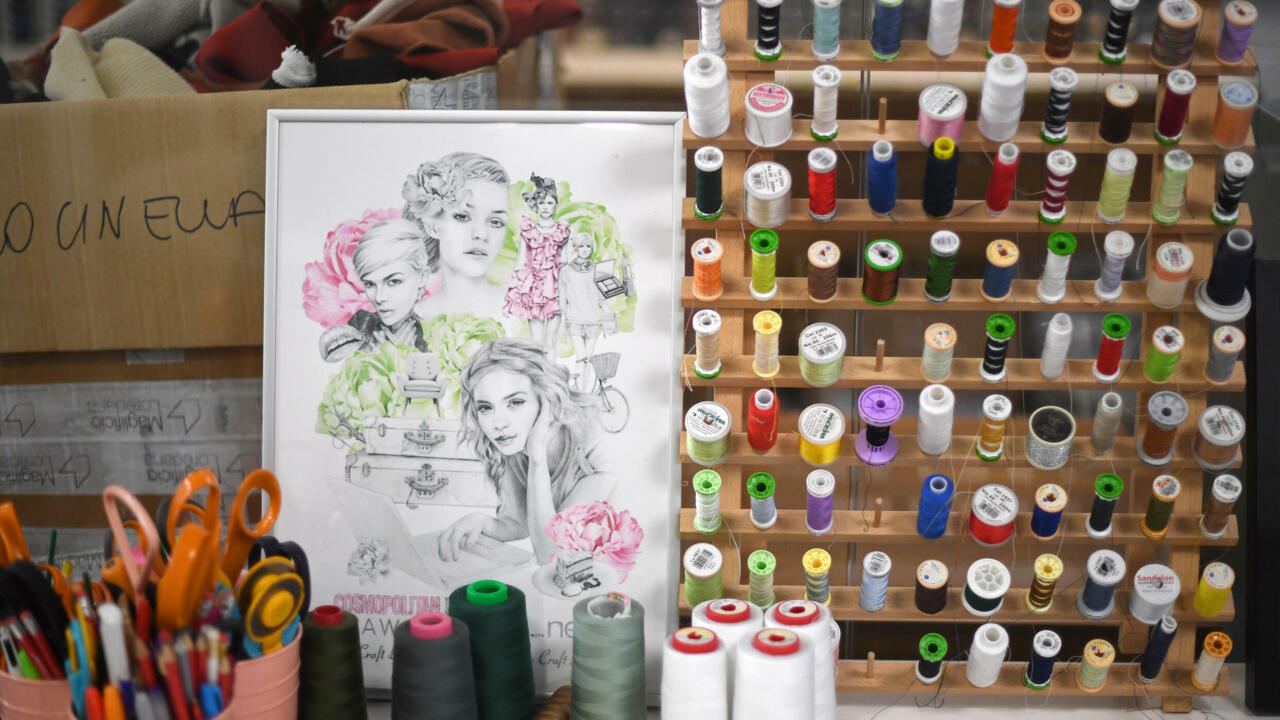 young people in the UK encouraged to sew

London (AFP) – From jogging outfits to summer dresses, Lea Baecker has sewn most of her wardrobe herself from her London apartment, one of a growing number of young amateur seamstresses.

Like many others in the growing horde of couture enthusiasts, she grew increasingly disillusioned with the retail clothing industry, seeing it as too destructive.

“My main motivation was not having to buy ready-to-wear anymore because I didn’t want to support fast fashion,” Baecker, 29, told AFP, referring to clothes made and sold at low prices. price to be discarded after minimal use.

The neuroscience doctoral student only started sewing in 2018, starting with small bags before moving on to clothes.

Four years later, she estimates that around 80% of the clothes in her wardrobe are homemade, from pajamas to long fleece coats, as well as jeans made with denim scraps collected from relatives.

The fashion and textile industry is the third most polluting sector in the world after food and construction, accounting for up to 5% of greenhouse gas emissions, according to a 2021 report by the World Economic Forum .

Low-cost fashion retailers are regularly criticized for their waste and pollution, as well as the wage conditions imposed on their workers.

Tara Viggo knows fast fashion all too well, having worked in the industry for 15 years as a pattern maker.

“I realized the scale the fashion industry worked on and it was kind of terrifying,” she told AFP.

In 2017, Viggo decided to start creating their own patterns – the blueprint drawings on paper before the garments were made.

She started small, selling only about one set of designs a year, a far cry from the four a day she sometimes produced in the ready-to-wear industry.

Viggo acknowledged that independent operators like her were just tiny competitors to big brands, but insisted they could still have a significant impact.

“The more of us doing it, the better,” she said.

“It’s like a trigger…People are starting to look at where their consumption is,” she added, noting that it also made you realize the true costs involved.

Since its launch in 2015, the website has grown from around 20 designers to more than 150 today.

“More and more young people have shown an interest in sewing – young people who are really interested in making their own clothes and making them in a sustainable way.”

Women make up more than 90% of the clientele, she also noted.

Customers can choose from some 700 designer fabrics, priced from £8 a yard for cotton voile – a lightweight, sheer cotton fabric – to £110 for the same length of lace.

Orders have soared during the pandemic and are still going strong despite the lifting of restrictions, Scott said.

The industry’s explosive growth wouldn’t have been possible without Instagram, where the sewing community has made a pastime once considered old-fashioned much trendier.

The photo-sharing platform “is really important,” Baecker said, allowing seamstresses to post images of their creations and engage with each other.

This is what prompted her to join the social network, where she now regularly shares her latest works.

“I found that each model has a specific hashtag that you can search and then you can see a lot of different people wearing the same model and you can imagine what it might look like on yourself,” she explained. .

For example, Viggo’s #Zadiejumpsuit – which comes in velor or cotton, with or without sleeves – has been tagged in nearly 11,000 posts.

Meanwhile, the hashtag #handmadewardrobe features in over 900,000 posts.

With Baecker sharing so many of her designs, she has also inspired friends to join the growing couture revolution.

“It’s the accomplishment I’m most proud of…getting my friends to sew too,” she said.